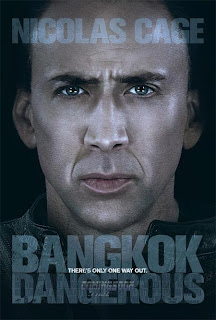 I wanted to love this movie, a hitman has to kill four targets in Bankok. This is the perfect plot of a Asian action movie, But the problem is that it's not an Asian film, it's a piece of crap remake of an awsome Thai film with the same name. Nicolas Cage is the worst hitman ever, the city of Bangkok could have been much better used in creating a atmosphere. The movie should not have been made it only taintes the awesomeness of the original movie, also this movie could of used a lot Jason Statham... I mean A lot... I'm going to watch Crank now, witch by the way there making a sequal too. Man I love him. 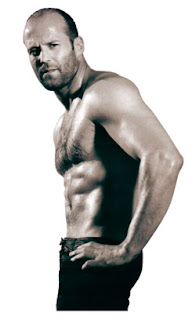 r u gay w/j. statham? seemz like it...
dope review, though, i'll steer clear and stick to the original...

I'm a little uncomfortable picturing all those Statham posters in Jules' bedroom in the middle of a review about "Bangkok Dangerous" but at least we've got a fresh voice 'round here. Cage - too old to be playing a hitman, Kadas & JP too young not to know about spellcheck functionality.